Want to blend in, use a camouflage. Well, that’s how this is supposed to work, but not in the case of this unorthodox BMW M6 Gran Coupe, that’s for sure!

Featuring a rather striking digital blue camouflage and custom-made ADV.1 Wheels, this M6 really raises the bar. Additionally, the cosmetic details, an Akrapovic exhaust system and the vehicle being lowered all add to its pristine appearance, giving the owner a lot of prying eyes – anywhere he takes it. But overall, some purists might scuff at the mere sight of this vehicle, but we sure damn like it! 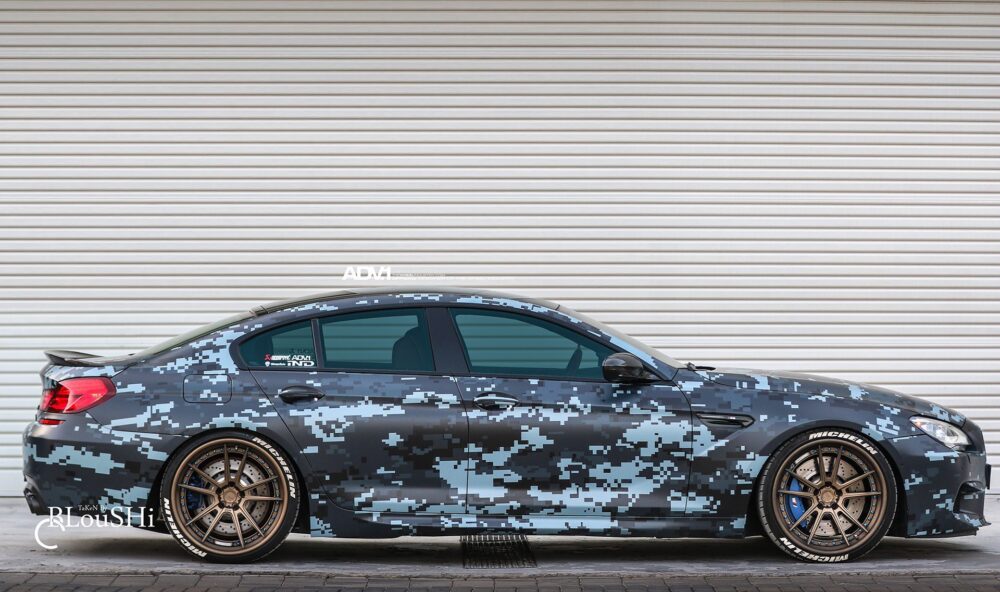 The build started off as a “standard” BMW M6 Gran Coupe. Revealed in 2013., The BMW M6 Gran Coupe followed the lineage od it’s highly-successful BMW M6 Coupe relatives, in both performance and appeal. Even though the BMW 6 Series Gran Coupe is slightly bigger than the Audi A7 and Mercedes-Benz CLS, it clearly competed with these models from the other two of the German big three in the car makers world. 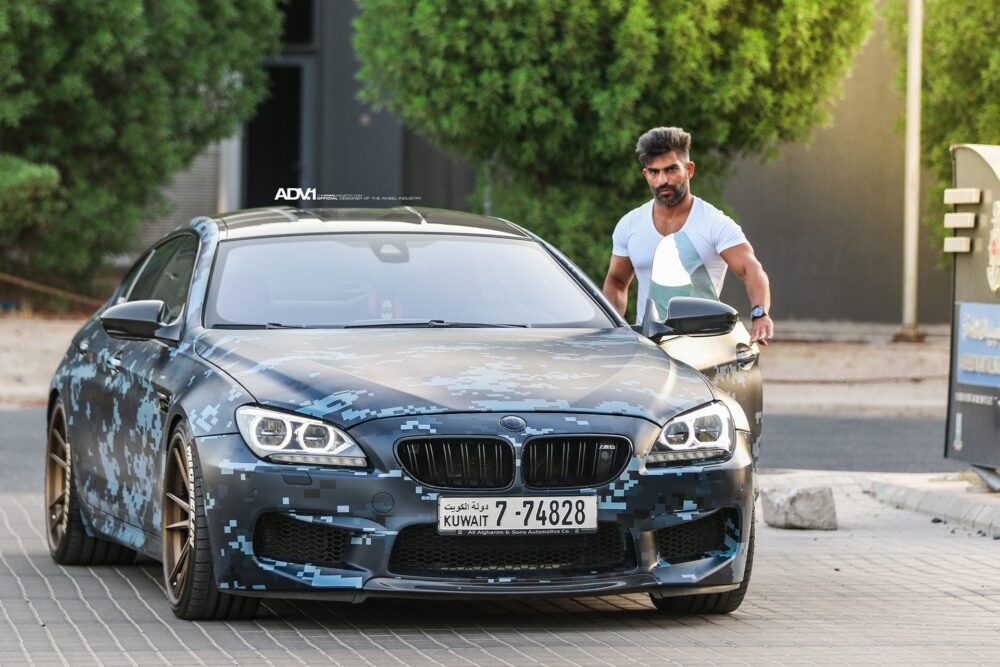 The ADV5.2 Track Spec SL wheels are a fitting match to this high-performance luxury four-door coupe. Sized 21×9.5 and 21×11 in the front and rear, respectively, they fit the huge wheel wells of the M6 perfectly. Furthermore, the Manbronze finish – both on the wheel disc and lips – make for a gorgeous finish combination overall. Add a full Akrapovic Titanium exhaust system, nice & clean cosmetic touches from IND Distribution, and you’ve got yourselves an awesome looking vehicle. 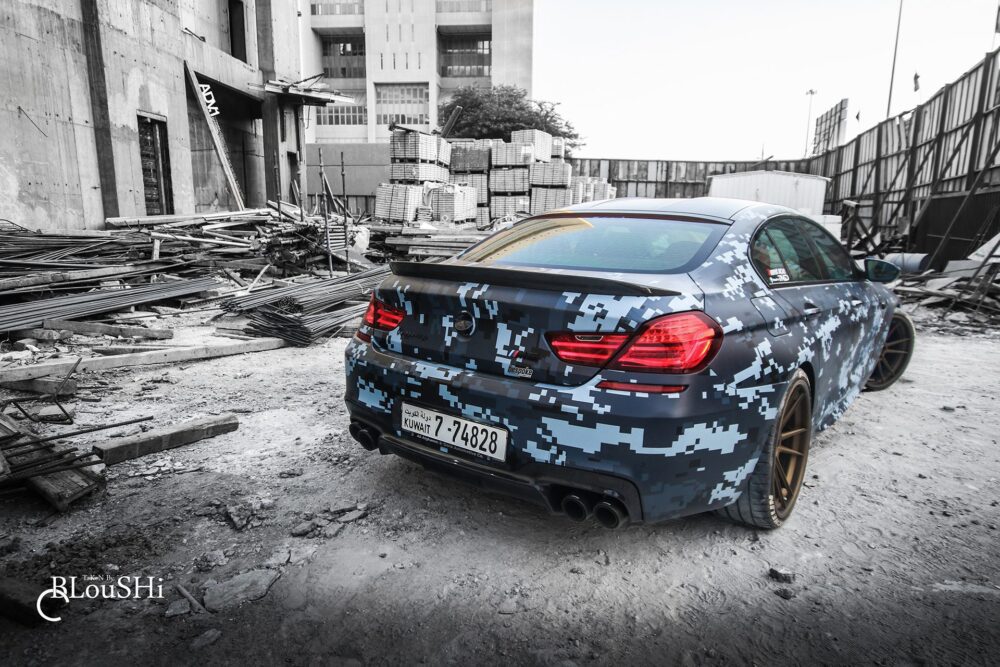 Full photoshoot of this BMW M6 Gran Coupe featuring a digital blue camouflage wrap and ADV.1 Wheels, can be found in wallpaper sized resolution in the media gallery right below.