A Porsche 911 Turbo S Gets Refined Thanks To ADV.1 Wheels

Even though Porsche isn’t a company known for anything but performance, the Porsche 991 Turbo S is even by their high standards something out of this world. Why? It’s simple. The Porsche 911 Turbo S is powered by a 3.8-litre, twin-turbo six-cylinder engine at the rear, delivering a whopping 580 horsepower (427kW) and some amazing acceleration & top speed. 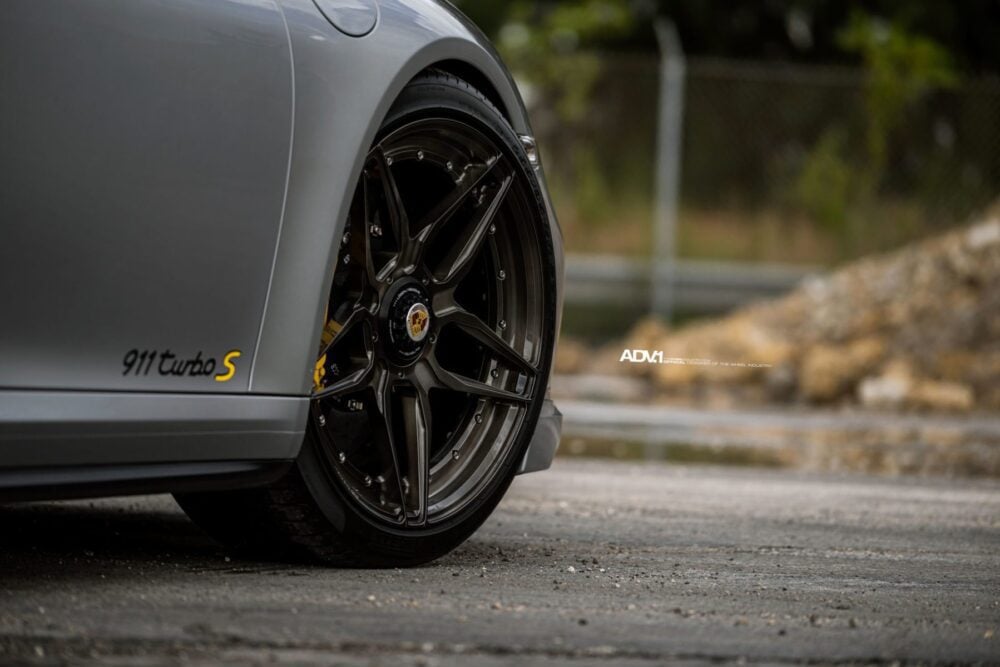 Wanna give that kinda of a vehicle some extra attraction? Go with a set of aftermarket wheels, as the performance & visual aspect in every other area is covered entirely.

The owner of this Gray Porsche 911 Turbo S did just that, as he went with a set of custom forged aftermarket ADV.1 Wheels for his vehicle. These ADV05S M.V2 CS Series Directional wheels are light and strong, but also rather attractive. The contemporary spoke design will anger some purists, but they can nag all the want – it looks awesome. 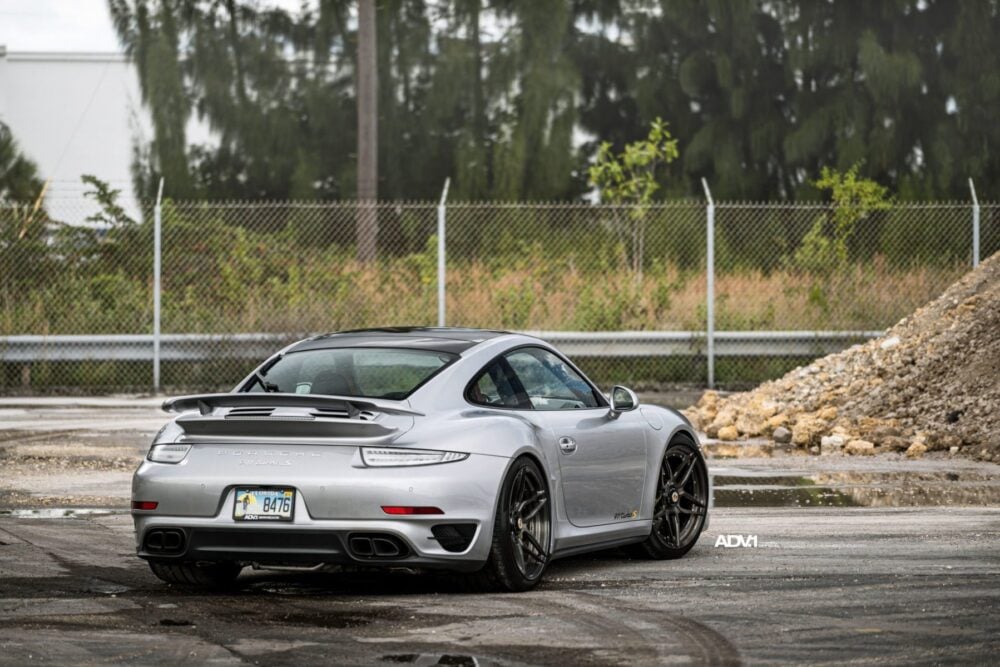 The wheels are sized 20×9.5 and 20×12.5 in the front and rear, respectively and come with a Brushed Liquid Smoke finish. Thanks to a William Stern photoshoot, we have a chance to view this beastly looking 911 Turbo S in a detailed way. Check out the full wallpaper media gallery right below.