After the much stale few years at UFC, there’s been an awakening (yeah, wrote that on purpose) thanks to one man: Connor McGregor. His off ring shenanigans (wrote that on purpose, as well) earned him the title of a loud mouth fighter that many had a problem with. Specially considering that he wasn’t a proven fighter, raising quite an interest into “when he gets beat/pummeled/crushed” by the “actual” fighters from UFC there. But, as history taught us, some of these motherfuckers actually do have a thing to say and Connor McGregor clearly backed his talk and proved he can walk the walk as well.

Just a few days before his title fight in the featherweight category, received a pretty awesome gift. The gift in question is a custom “Notorious” Rolls Royce, given to the MMA fighter just days before his UFC 205 fight. The “Notorious” is Connor’s stage name. The fighter, who just recently became the first simultaneous two-division UFC champion – thanks to beating Eddie Alvarez in the UFC’s first event in New York City after two decades – clearly needed a ride that fits his personality rather well. 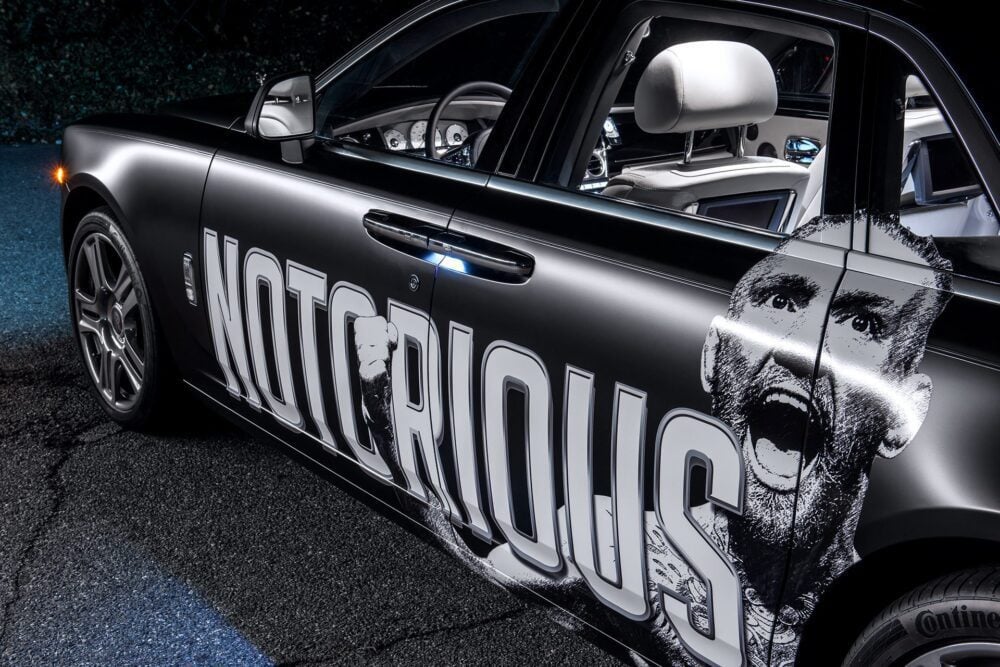 The Rolls Royce Ghost that belongs to the fighter comes with a few interesting updates. The car is finished in matte black, where the wording “Notorious” together with McGreggor’s picture is plastered on both sides of the vehicle, giving it a rather unique appearance. While purists will cringe at the mere fact somebody did this to a Rolls, it’s a great marketing opportunity and the fighter definitely backs up his loud persona & the cars looks, with his performance when it matters the most – in his fighting bouts. 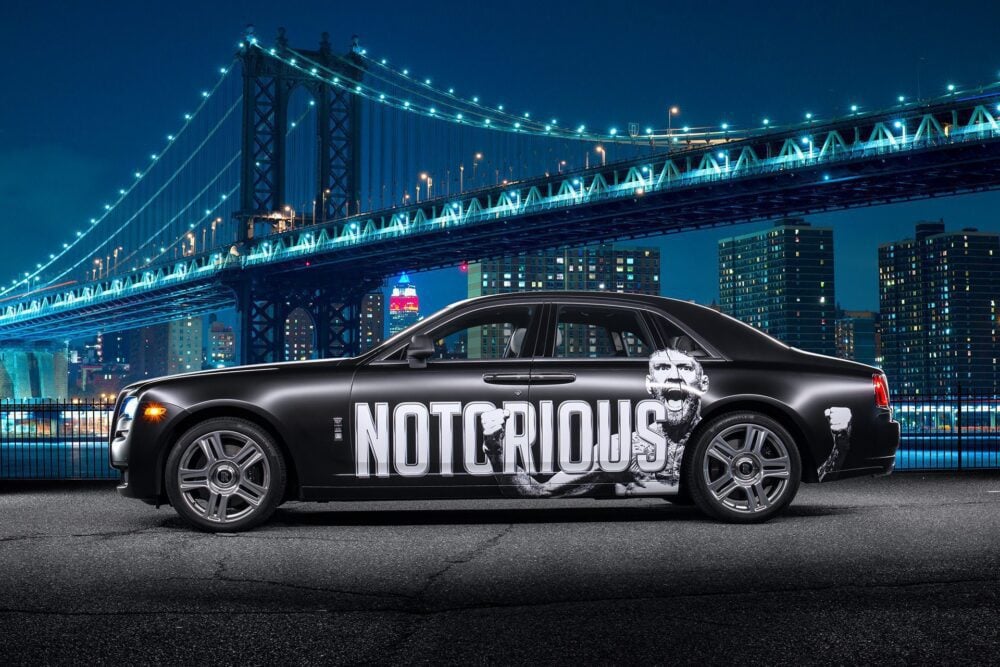 Thanks to Andrew Link Photography, we have a chance to view the “Notorious” Rolls Royce in the media gallery below in high wallpaper quality resolution.