The BMW M550i xDrive Is The New Range Topping 5 Series

The BMW 5 Series is a car that needs little introduction: Now in its seventh generation, it has been the backbone of BMW brand and the gold standard for other executive sedans to beat. Sure, it has had its ups and downs, but the Five never disappointed us when it came to driving dynamics.

The latest generation wants to improve things a bit more this time as the competition is stiffer than ever. The usual suspects are here: The latest Mercedes E-Class is basically a shrunken S-Class, while the current Audi A6 has seriously improved the way it moves around. Not to forget the desirable Maserati Ghibli and Jaguar XF, so the new 5 Series has to be good.

Luckily, all reviews so far have been positive, showing once and again that BMW still means business. Okay, the styling could be more interesting, but we haven’t had a bold BMW since Bangle left the company. Only the Z4 roadster was pretty distinctive, but it is now out of production. 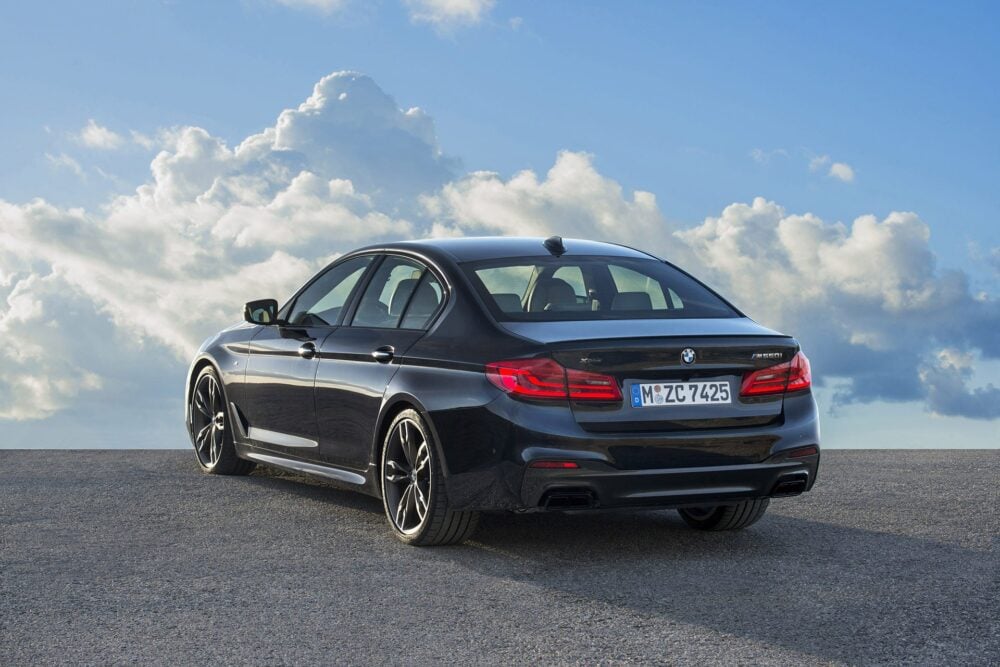 But back to the 5 Series: BMW will add the mighty M5 soon to the range, but for now, the fastest version is the BMW M550i – which was earlier revealed yesterday.

Think of it as an almost-M5 and you’ll get the point. The car was developed by BMW M GmbH and will feature special goodies not found in the regular 5 Series. First of all, the chassis tuning is bespoke BMW M Performance and BMW claims that this will make it the most dynamic business sedan around.

But the main headliner is the engine, something short of a masterpiece. Built on the familiar 4.4 V8 engine, it adds two twin-scroll turbochargers and the usual BMW tech: High Precision Injection, Valvetronic and Double-VANOS. What does that mean? It develops 462 HP at 5.500 rpm with monsterous 650 Nm of torque, which offers staggering performance of zero to 100 in 4.0 seconds. But get this: The engine complies to strict EU6c emissions standard and promises combined fuel consumption of 8.9 l/100 km with 204 g/km of CO2. An impressive mix of performance and efficiency, to say the least. 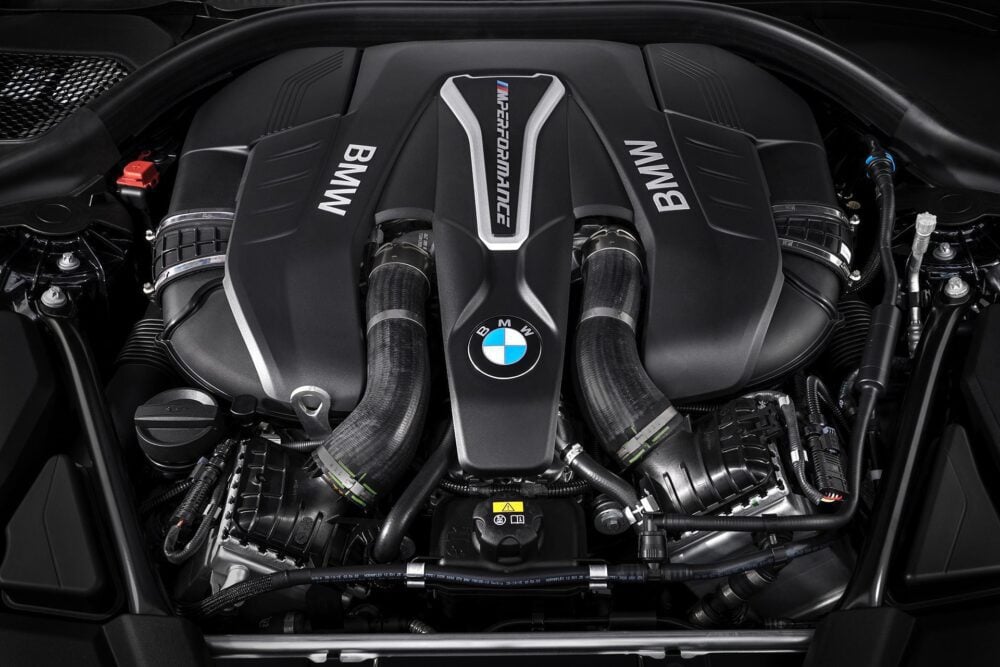 The real surprise is BMW’s xDrive all wheel drive system, which will be standard equipment. BMW is known for its almost evangelical advocacy of rear-wheel drive, but a car as powerful as this one would surely benefit from added security of four-wheel drive. Just imagine all that torque going to the rear wheels, it all seems a bit… Scary.
The steering system will also feature exclusive SPORT and SPORT+ settings.

As with other BMW M Performance cars, this one will also feature numerous aerodynamic and decorative upgrades both inside and out to help it stand out from the lesser models: Special M Sport brakes with blue metallic callipers, M rear spoiler on the boot lid, M Performance bars on the front air intake and a bespoke exhaust system in black chrome. 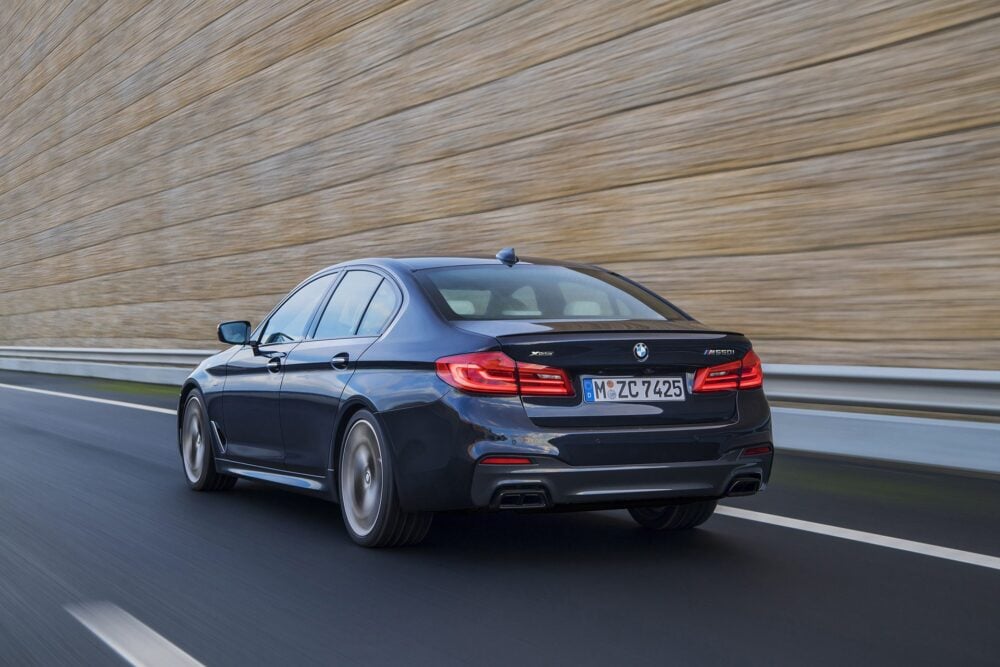 The BMW M550i xDrive will be available to order from March, with no pricing currently revealed. We’ll keep you updated on this matter. Until then, check out the full media gallery of the BMW M550i right below. It really is a gorgeous looking vehicle, by all means.