McLaren Automotive have just today celebrated the manufacture of its 10,000th car from the McLaren Production Centre in Woking, England. The car, a McLaren 570S comes finished in Ceramic Grey paintwork from the McLaren Special Operations ‘Defined’ palette, perfectly combining the big number, together with one amazing looking vehicle as well. The McLaren 570S comes just over five years after the first car, a McLaren 12C, was completed.

Commenting on the moment that the car left the Production Centre, McLaren Automotive Chief Executive Officer, Mike Flewitt, said: “The production of the 10,000th McLaren is a significant milestone in the short history of the company. The fact that it took us 42 months to build our 5,000th car and just 22 months to build the next 5,000 speaks volumes about the pace of development of the company. Much of that development is thanks to the introduction of the Sports Series family of cars and it’s therefore fitting that the 10,000th car is a McLaren 570S.” 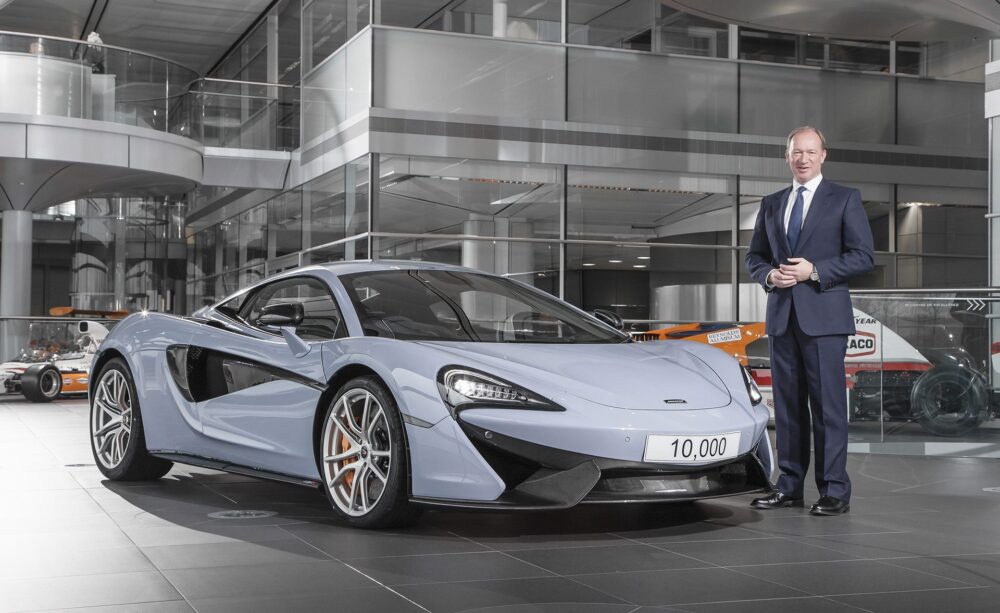 In early 2016, a second shift was introduced into the McLaren Production Centre to cater for the increased volume thanks to the introduction of the Sports Series family, today comprising the 540C, 570S and 570GT. This took capacity at the Production Centre from 10 cars per day to 20 cars per day. 2016 also marked the announcement of the company’s third year of profitability in the first five years it has been producing cars – unprecedented in the automotive industry. McLaren is also on target to almost double its sales this year  compared to 2015, from 1,654 cars last year to over 3,000 cars in 2016, of which over 90% will be exported. This volume increase is thanks, in large part, to the ramp up in production and success of the Sports Series models.

For those that think owning the 10,000th McLaren car is a good idea, we’re sorry to be the bearer of not so good news. Unfortunately, the McLaren 570S – as the 10,000th vehicle – will be retained by the company in its Heritage Collection.

Nardo Gray McLaren 650S Gets A Set Of ADV.1 Wheels