When Ferrari decided to update the already-awesome Ferrari 458 Italia, it was clear that not a lot of substantial changes are going to be made for the new model. Correspondingly, the vehicle received some minor exterior changes and an engine update, together with the introduction of the Ferrari 488 GTB as the vehicle’s new naming. The rest pretty much stayed the same.

But, in the case of the Ferrari 488 GTB, the same means that the 488 GTB is an awesome, twin-turbo V8 powered beauty/beast in one single package. Additionally, the 488 GTB name marks a return to the classic Ferrari model designation. In the Ferrari 488 GTB, the 488 in its moniker indicates the engine’s unitary displacement, while the GTB stands for Gran Turismo Berlinetta. 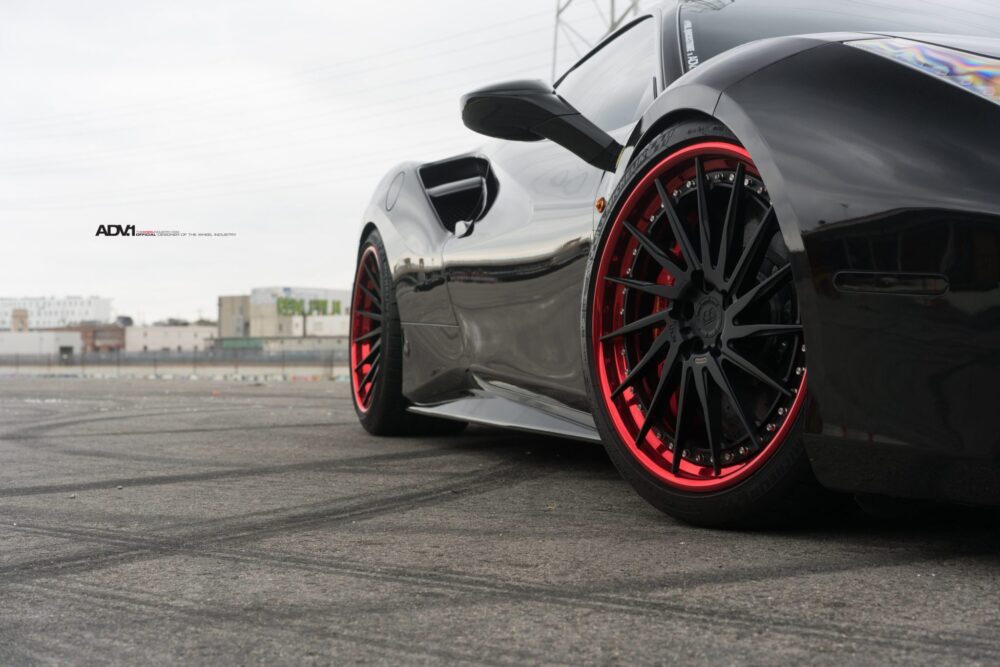 The Ferrari 458 GTB is powered by a 3.9-litre twin-turbocharged V8, an engine smaller in displacement and coming with a higher output than the 458’s naturally aspirated engine.

This particular Ferrari 488 GTB belongs to Ben Baller. The man in question is a jeweler from Los Angeles, coming with an impressive list of clients. Baller’s list of clients reads like a guest list for a high-profile Hollywood event: Kanye West, Drake, Nas, Frank Ocean, The Weeknd, Snoop Dogg, The Black Eyed Peas, Mariah Carey, Odd Future, Joel Madden and Rita Ora all visit Baller for their bling.

It’s safe to say that his ride is nothing short of spectacular too. 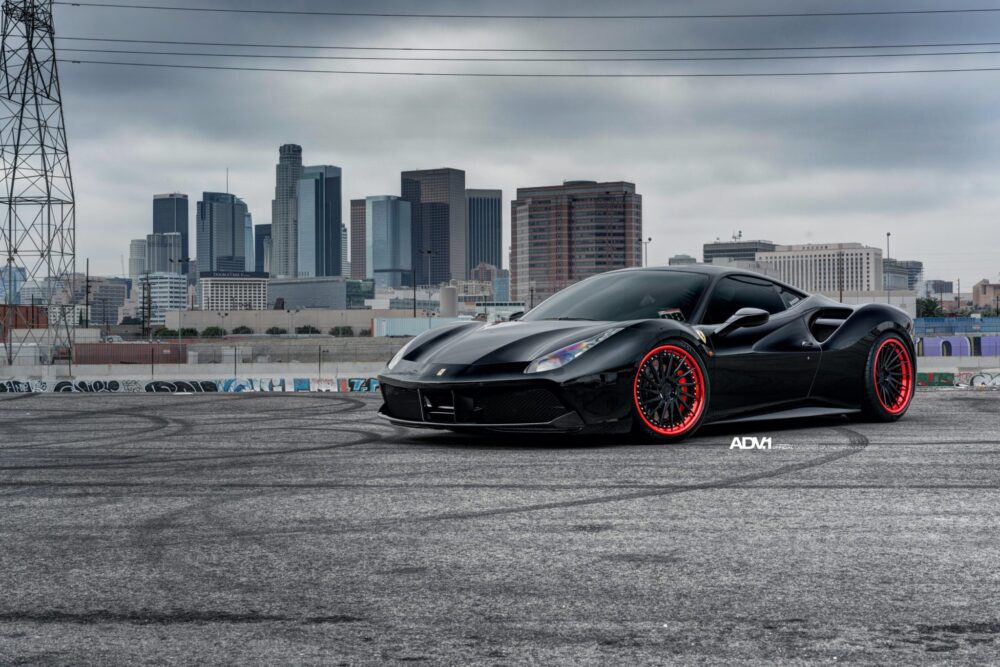 This beautiful Nero Ferrari 488 GTB is adorned with a set of ADV15R Track Spec CS Directional wheels. The wheels come with a matte black finish for the wheel centers and the gorgeous polished red for the wheels’ lips. In turn, this makes for a great contrasting look of the whole vehicle. These wheels are sized 20×9 in the front and 20×12 in the rear, respectively. The exposed titanium hardware option makes this setup lighter in general, but also adds a perfect finishing touch as well.

Build comes courtesy of Platinum Motorsports, a well-known tuning powerhouse from LA. This Nero Ferrari 488 GTB was photographed by 1013MM Photography. Furthermore, you can check the complete photoshoot, in the media gallery below.