At the Los Angeles Auto Show, Chevrolet today dropped the top on the 2019 Corvette ZR1 and introduced the gorgeous ZR1 convertible. This is the first ZR1 drop-top since the original 1970 model-year ZR1 and marks another generation of high-performance coupes from the American muscle car maker to hit the world’s roads.

According to Chevrolet, the Corvette ZR1 is set to emphasize Corvette’s iconic proportions and functional sculpture, highlighting the seamless transition between the exterior and interior. The vehicles are headed for a worldwide sales release next spring, for a suggested retail price of $119,995 for the ZR1, while the ZR1 convertible will start at $123,995 (prices include destination charge, but exclude tax, title and other dealer fees). 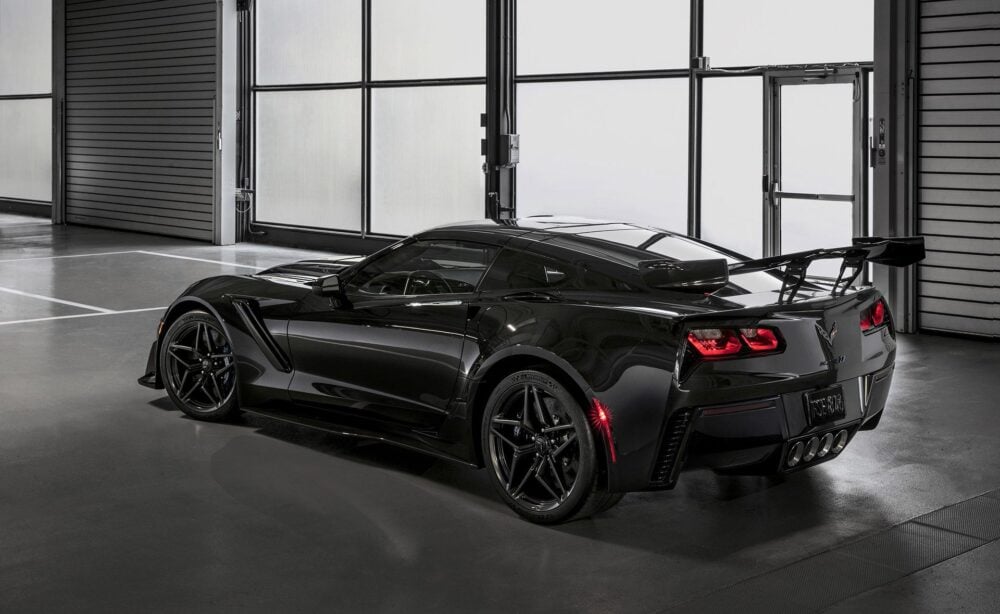 “The new Corvette ZR1 convertible is a supercar in all respects,” said Mark Reuss, executive vice president, Global Product Development, Purchasing and Supply Chain. “Few others can challenge the ZR1 convertible’s power and speed while offering the exhilaration of top-down motoring.”

The performance and technology introduced on the Corvette ZR1 coupe carry over to the new ZR1 convertible. The strength of the Corvette’s aluminum chassis means the only structural changes in the convertible are accommodations for the folding top and repositioned safety belt mounts. The power top can be operated remotely or while driving up to 30 mph.

In fact, the curb weight difference between the ZR1 coupe and convertible is less than 60 pounds (27 kg), with most of the difference attributed to the folding top hardware.

“The ZR1 convertible is a no-compromise supercar,” said Corvette Executive Chief Engineer Tadge Juechter. “Thanks to the strong structure, the suspension tuning between coupe and convertible models is identical, meaning the ZR1 convertible offers the same benchmark performance, including a top speed of over 200 mph.” 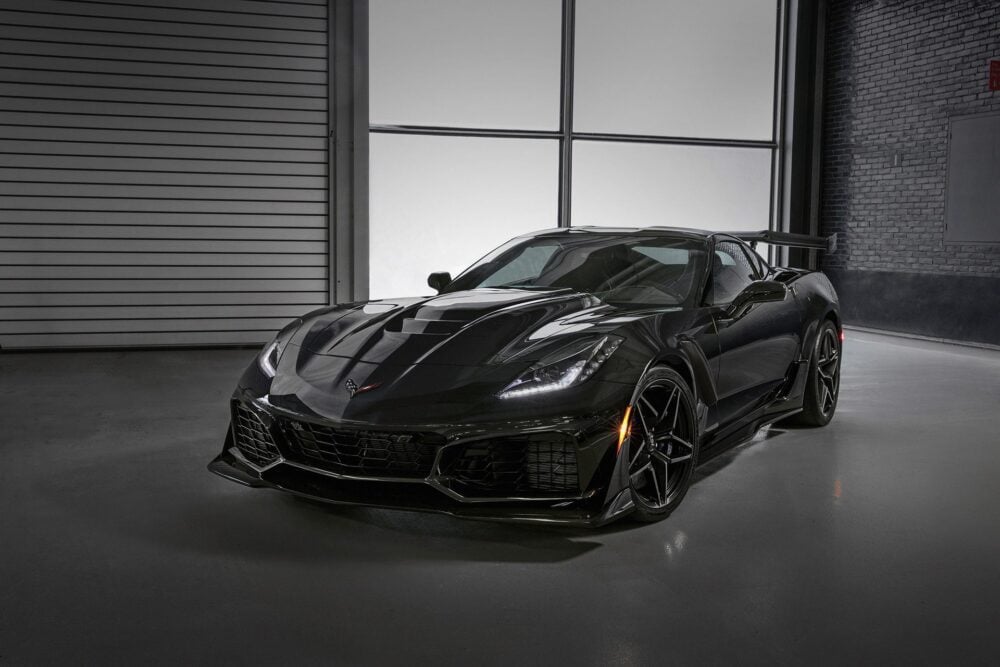 An adjustable High Wing is part of the new $2,995 ZTK Performance Package, which also includes a front splitter with carbon-fiber end caps, Michelin Pilot Sport Cup 2 tires and specific chassis and Magnetic Ride Control tuning. It is designed to help generate faster lap times through maximum grip in the corners, with up to 950 pounds of downforce. The top speed is lower with the High Wing but still exceeds 200 mph.

Complementing the ZR1’s aero advantage on the way to 212 mph is the thrust generated by the exclusive LT5 6.2L supercharged engine, which is rated at an SAE-certified 755 horsepower (563 kW) and 715 lb-ft of torque (969 Nm). A seven-speed manual transmission and a ZR1-first paddle-shift eight-speed automatic transmission are offered with it. Preliminary testing has shown 0-60 mph in under 3.0 seconds and the quarter mile in the high 10-second range when the engine is equipped with the eight-speed automatic.

Four new radiators also help manage cooling in the ZR1, which features 13 radiators in all, including circuits for engine oil, transmission and differential cooling. 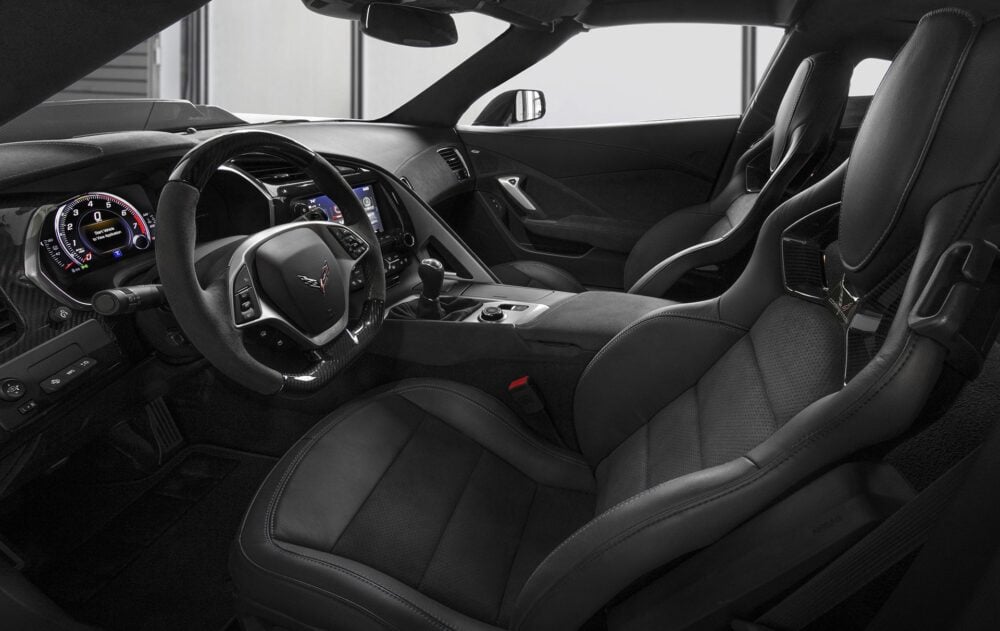 A distinctive engine sound, arising from the supercharged V8 engine

A new, patent-pending exhaust system is the voice of the supercharged LT5 engine and offers the most aggressive sound ever for a production Corvette.

Building on the bi-modal exhaust system offered on other Corvette models, it features four distinct modes and sound levels: Stealth, Tour, Sport and Track. In Stealth mode, the ZR1 is quieter than the Corvette Z06, while in Track mode it is significantly louder. 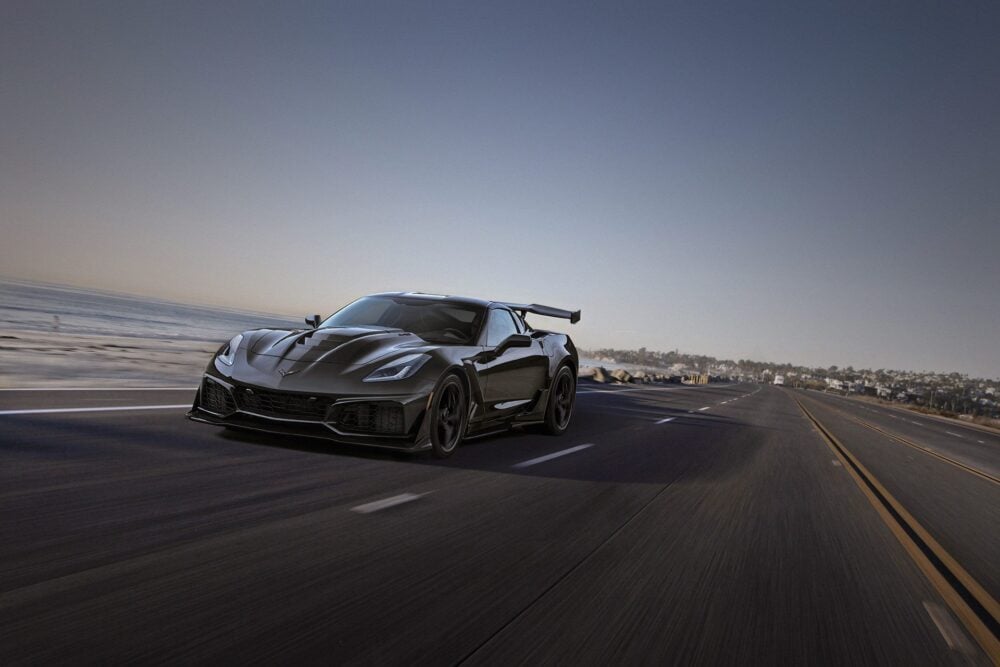 In Track mode, a spring-loaded passive valve closes to allow virtually unrestricted exhaust flow for maximum performance. The exhaust note for all modes was carefully tuned to deliver a distinctive sound.