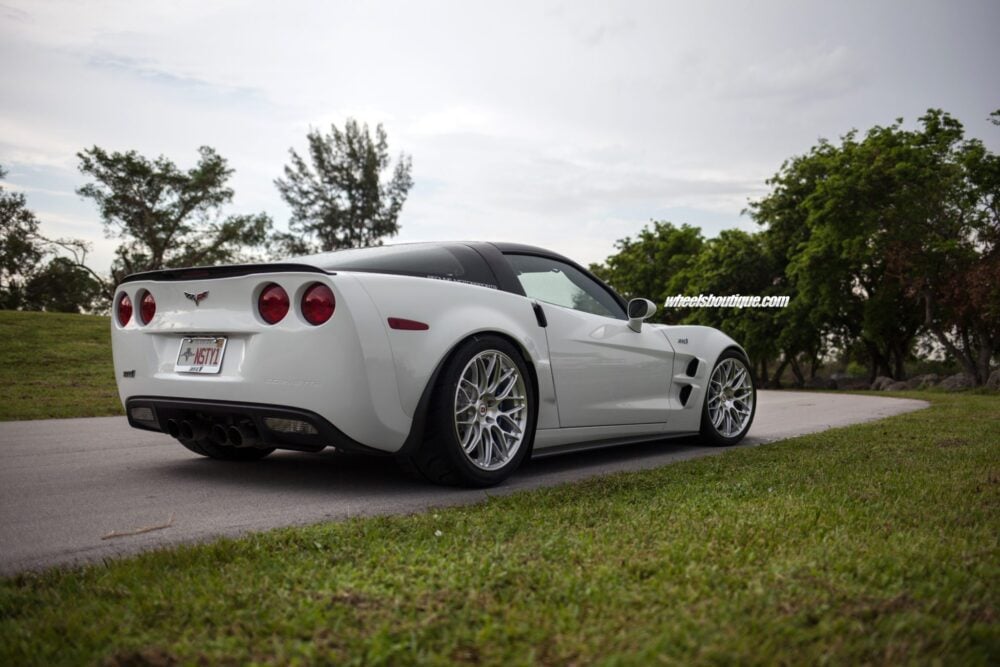 To many, the somewhat aging looks are easily updated thanks to a set of aftermarket wheels. The owner of this beautiful white Corvette ZR1 took his supercar over to Wheels Boutique. This is where the ZR1 received a set of HRE Wheels, enhancing and returning to relevance its exterior looks. The wheels that were chosen are HRE RC100 forged concave wheels. They come in sizes of  19×11 and 19×13 in the front and rear, respectively. The wheels are wrapped in Toyo R888R tires that come sized 295/30/19 and 345/30/19 in the front and rear, respectively.

Thanks to a Keenan Warner photoshoot, we are able to check out this Corvette ZR1 build in detail. Check out the image gallery below for the full build showcase. More photoshoots of similar fashion coming up this week.