The Toyota Supra is the unicorn of the tuning world. Alongside the likes of a Nissan GTR, Honda Civic, Subaru WRX STi and Mitsubishi EVO, the vehicle marked the expansion of the import tuner scene in the United States throughout the ’90s. When Fast and Furious was released, the Supra gained even more appeal, attracting thousands of people to this highly coveted import. Now, with the new generation hitting the streets rather soon, the ever-so-popular tuning builds featuring the Supra are once again hitting the market. 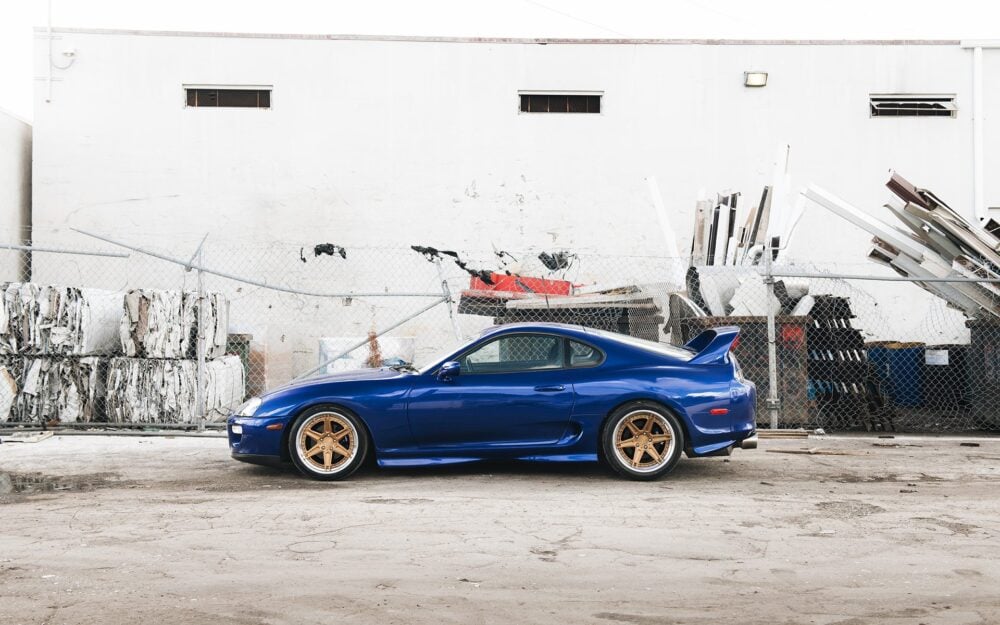 This Toyota Supra comes powered by the much-famed 2JZ twin-turbo engine. While we don’t exactly know how much horsepower this particular engine delivers, we do know the stock figures. The 2JZ – in its stock form (if you can find one) – delivers approximately 326 horsepower and 315 lb·ft (427 N·m) – available from 4000 rpm, making the Supra one of the more impressive supercars of its day. A Toyota Supra with this turbocharged engine could achieve the 0–60 mph (0-100km/h) in as low as 4.6 seconds and run a 1/4-mile (402 m) in 13.1 seconds at 109 mph (175 km/h). Supercar figures in a vehicle that cost a fraction, provided daily driving usability and a big boot. No wonder everybody went berserk over it. 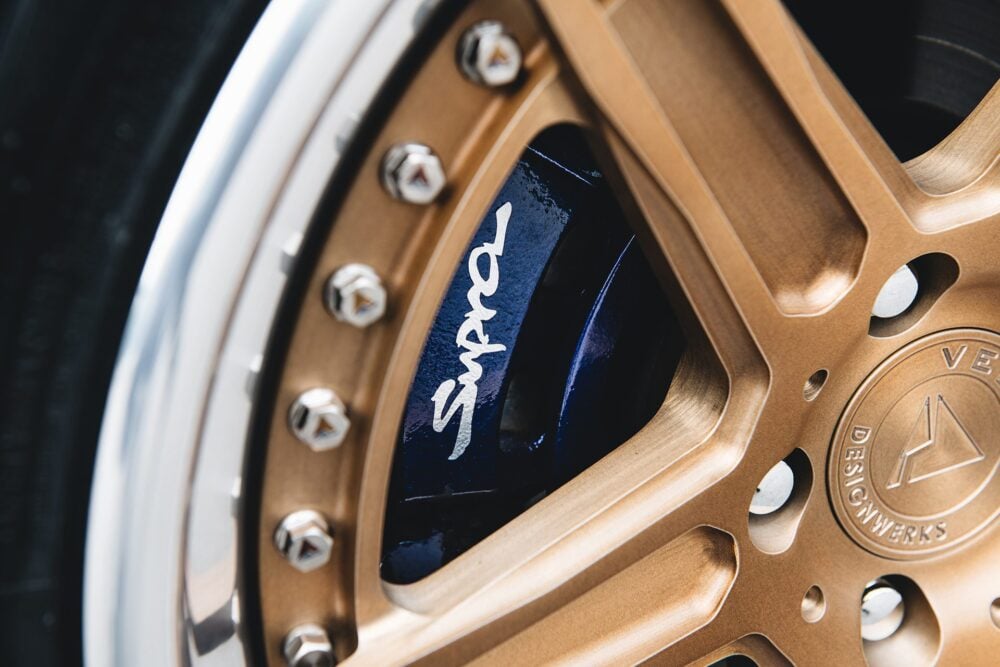 This particular Royal Sapphire Pearl Supra is further enhanced thanks to a set of Velos Designwerks wheels. These Velos S6 three-piece forged concave wheels come in sizes of 19×9.5 in the front and 19×11 in the rear. The wheels feature a Brushed Matte Bronze finish for the wheel face and Polished finish for the wheel lips, making it a fetching combination for this vehicle. Grab a quick look at the full media gallery of this photoshoot right below.