When Vossen and ABT ventured into a joint project, there was sickness about to happen. With the end result showing traits of one of the classical aftermarket builds, we definitely were not disappointed. The vehicle, complete with a complete ABT tuning kit and Vossen forged wheels, looks the part. We’ve already shown you an ABT x Vossen Audi Q7 build in a Galaxy Blue Metallic finish and now, we’ve got a chance to show you an Audi Q7 with a beautiful and classy Samurai Gray Metallic exterior finish.

The Audi Q7 ABT Vossen 1 of 10 is not an ordinary luxury SUV by any means: ABT has taken the elegant body of the Q7 and outfitted it with visually striking aerodynamic parts. The widebody package includes a front skirt, fender extensions, a rear skirt set with rear muffler and end pipes, a rear wing and door strip attachments. Additional carbon fiber parts on the front grille, front lip, the rear skirt insert and the doors have been added for an even more luxurious, yet sporty look. 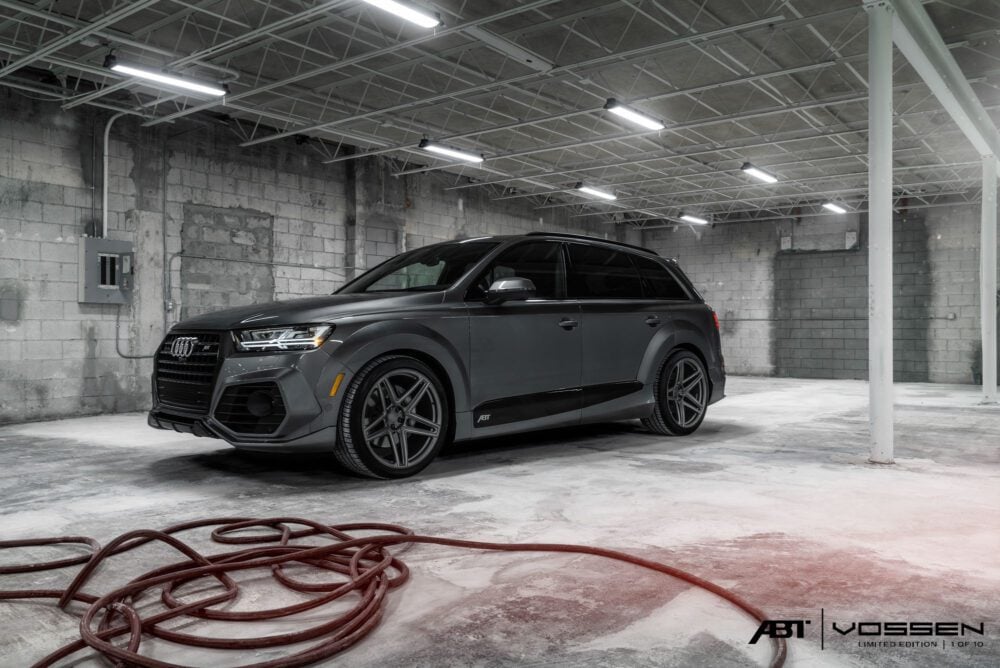 The interior of the Audi Q7 ABT Vossen 1 of 10 also shows its owner that it is a very special car indeed. The dashboard and door sills feature the “1/10“ badge and the seats have been highlighted with alcantara inlays and ABT logos. Selected carbon fiber upgrades for the dashboard and seat panels as well as a carbon fiber gearshift knob provide just the right amount of interior personalization.

To finish off the build, the Audi Q7 received a set of very special Vossen Forged wheels. Featuring a split five-spoke design, the wheels come sized 22×10 in the front and rear. The wheels feature a polished brushed face finished in “Stealth Grey”, which was exclusively designed for the Audi Q7 ABT Vossen 1 of 10. The unique wheels from the Miami-based wheel manufacturer align perfectly with the German SUV’s bold appearance. Partly done in thanks to the ABT Level Control that lowers the car by up to 0.8 inches (20 mm). 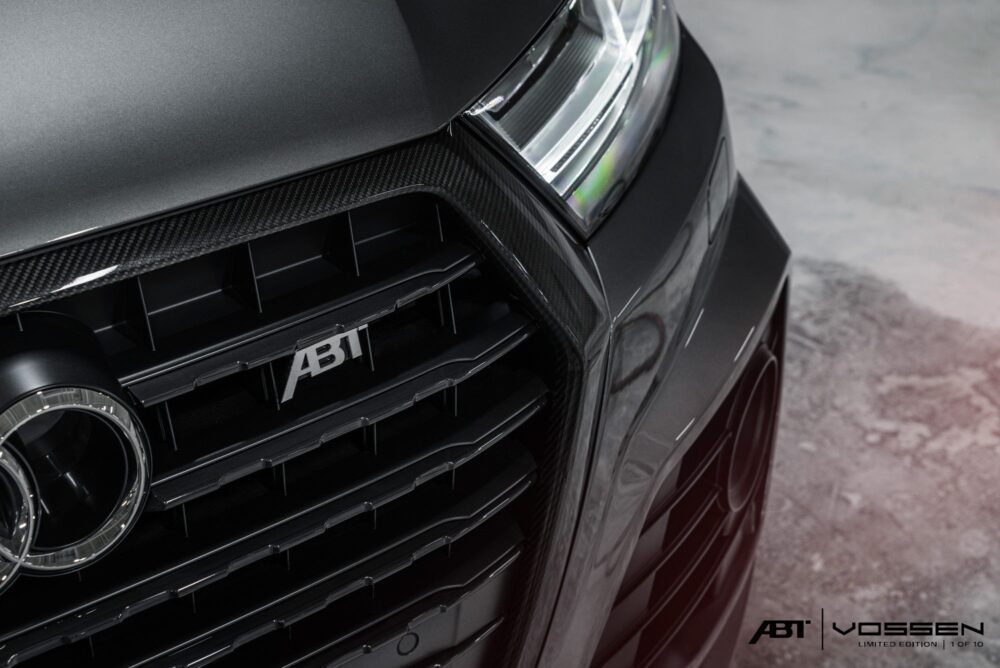 ABT and Vossen both have a high emphasis on design that is innovative and aesthetically pleasant. The Audi Q7 ABT Vossen 1 of 10 is a collaboration effort where each distinctive styling is complementing the other. Grab a quick look at the media gallery of this Samurai Gray Audi Q7 project right below.