The all-new 2019 Audi A6 marks the eight generation of the highly successful full-size sedan from the German car maker. While it doesn’t really stray away from the design cues of the outgoing model, the new Audi A6 brings a hefty load of improvements both on the outside and on the inside.  The all-digital MMI touch response system provides intuitive operation. The extensive connectivity and assistance solutions demonstrate networked intelligence. The interior systematically adopts digitalization and is groundbreaking in its segment. The suspension combines smooth ride comfort and high stability with enhanced sportiness. Furthermore, the engine options for the new Audi A6 also bring a mild dose of hybrid-system as standard – serving both the aspect of efficiency, but also, making your daily motoring a bit more convenient as well.

Upon launch – scheduled for June in Germany – the Audi A6 will be available with two engine options. For the customers that want a petrol engine, a 3.0 Liter TFSI turbocharged V6 engine will bring 340 PS (250 kW) and 500 Nm (368 lb-ft) of torque. The engine is set to be mated to a seven-speed S tronic transmission and a standard all-wheel drive system which enables the sedan to accelerate from 0-100 km/h (0-62 mph) in 5.1 seconds before hitting a top speed of 250 km/h (155 mph). 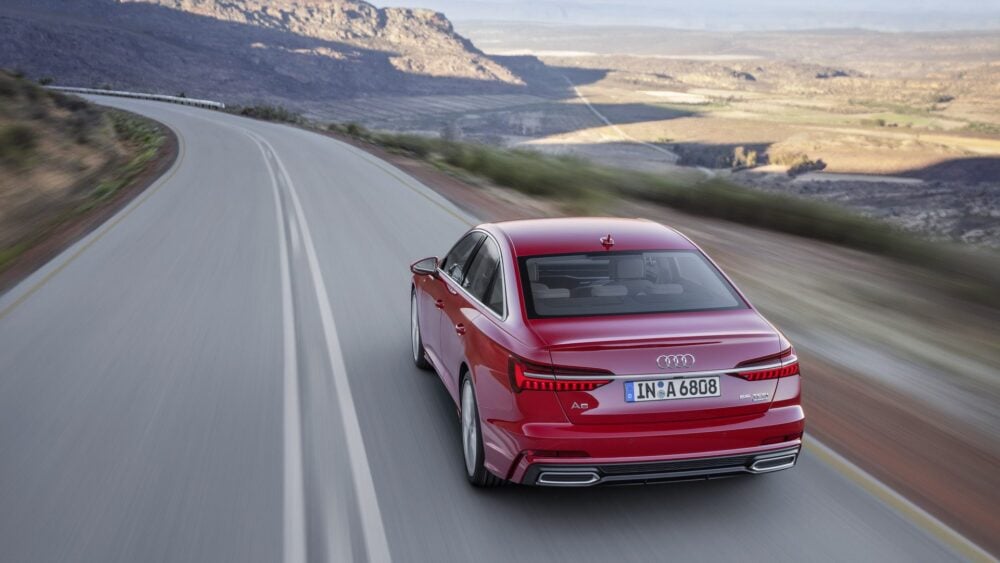 For owners that require a diesel variant, Audi doesn’t disappoint as well. The 3.0 Liter TDI V6 engine delivers 286 PS (210 kW) and 620 Nm (457 lb-ft) of torque.  Using an eight-speed tiptronic transmission and a quattro all-wheel drive system, the vehicle is slated to achieve impressive fuel economy. While the gasoline unit comes with a combined fuel consumption of  7.1 – 6.7 l/100 km (33.1 – 35.1 mpg), the diesel engine will consume only 5.8 – 5.5 liters per 100 kilometers (40.6 – 42.8 mpg), thus making it one of the most fuel-efficient standard ICE (Internal Combustion Engine) powered sedans out there.

When it comes to design, Audi seemingly only upgraded the already clean and classy looks of its full-size sedan. There’s not a lot of changes. Like the Audi A8 and A7 Sportback models, the A6 is the expressive ambassador of the new Audi design language. It features taut surfaces, sharp edges and striking lines, allowing the business sedan to unmistakably convey its character: sporty elegance, high tech, and sophistication. In reality, that means interesting, but not major, exterior design changes. 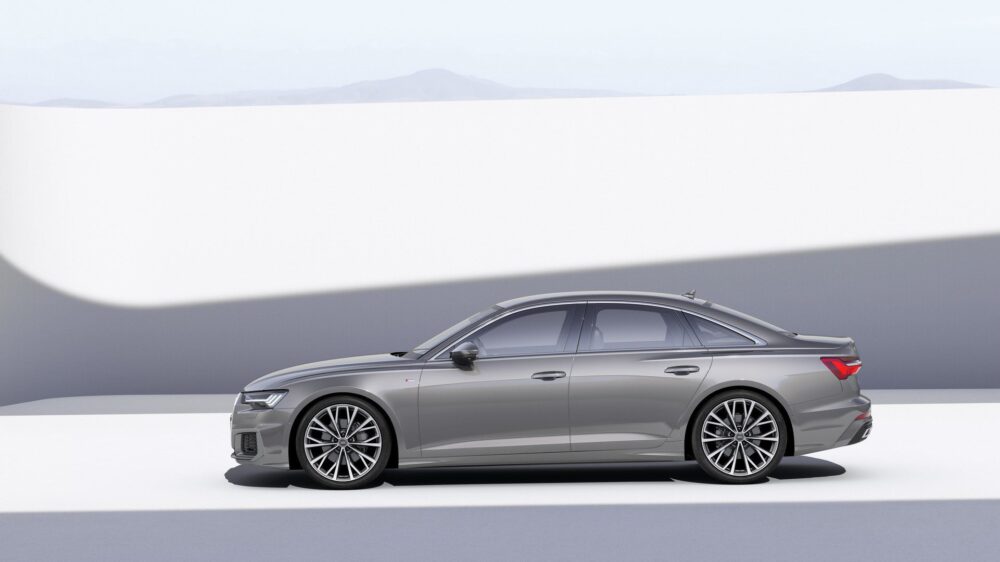 For example, the new headlights – part of which are the top-of-the-line version, the HD Matrix LED headlights, featuring five horizontal lines that form the daytime running light signature – allows the car to achieve a remarkably futuristic outside appeal. But overall, as you will see from the media gallery below, there aren’t radical changes in any exterior aspect of the all-new A6 to be found. Audi will bring on 14 different color options, seven of which are brand new. You’ll also be able to choose between the two sport and design exterior trim lines as well as the S line exterior package.

On the interior, however, we do get a futuristic makeover that suits the A6 perfectly. The interior of the new A6 features a black-panel design – a cool look which expresses the technical competence and digital character of the business sedan. This creates a relaxed lounge atmosphere in a design language that comes across as reduced and matter-of-fact. The sleek instrument panel and the calm, continuous horizontal body line create an airy sense of spaciousness. 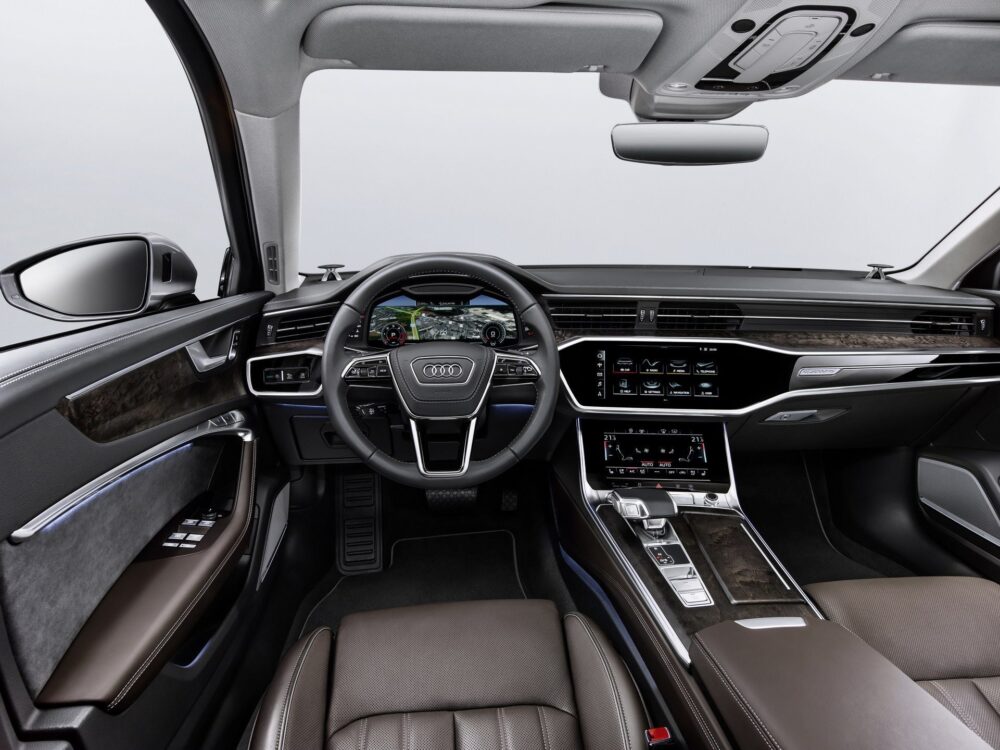 The center console in the new Audi A6 is directed at the driver; the top MMI touch response display is also tilted slightly to the left. With its black-panel look, it almost disappears into an aluminum clip when switched off. The display is activated when opening a door; its graphical user interface appears reduced, matching the interior design. The luxurious interior – for which the Audi A6 is well-known – is omnipresent in the new generation of the sedan. There’s really not a thing you will not be satisfied with, but the wow factor kinda doesn’t appear anywhere in the car’s exterior. Naturally, business users – for which the Audi A6 is slated for – will definitely appreciate its subtle, luxurious design.

The Audi A6 goes on sale in Germany in June, with a base price tag for the A6 50 TDI Quattro starting at €58,050. You can get a better feel about the all-new Audi A6 in the media gallery right below.