This Metallic Orange Nissan GTR comes from Velos Designwerks. The Japanese supercar features a set of their VLS03 two-piece forged wheels. While the Nissan GTR is slowly declining in popularity, the sheer high-performance aspect and the somewhat affordable price, still make it one of the highest regarded performance vehicles out there.

The impressive looking Japanese machine is powered by a 3.8-liter twin-turbocharged engine, which, in its stock form, delivers a whopping 565 horsepower and 467 lb-ft of torque. Thanks to its Dual-clutch 6-speed transmission with three driver-selectable modes (normal, race and save) it can accelerate from 0-62mph (0-100km/h) in just 2.9 seconds.

In comparison, the McLaren  570S – one of the best performing mid-range supercars, will do the same sprint in 3.4 seconds, while its much more expensive & powerful brother – the 720S – will achieve exactly the same 0-62mph (0-100km/h) time of 2.9 seconds. Impressive! For a price tag of just $109,990 there’s not really much that beats the GTR in sheer performance and overall appeal. 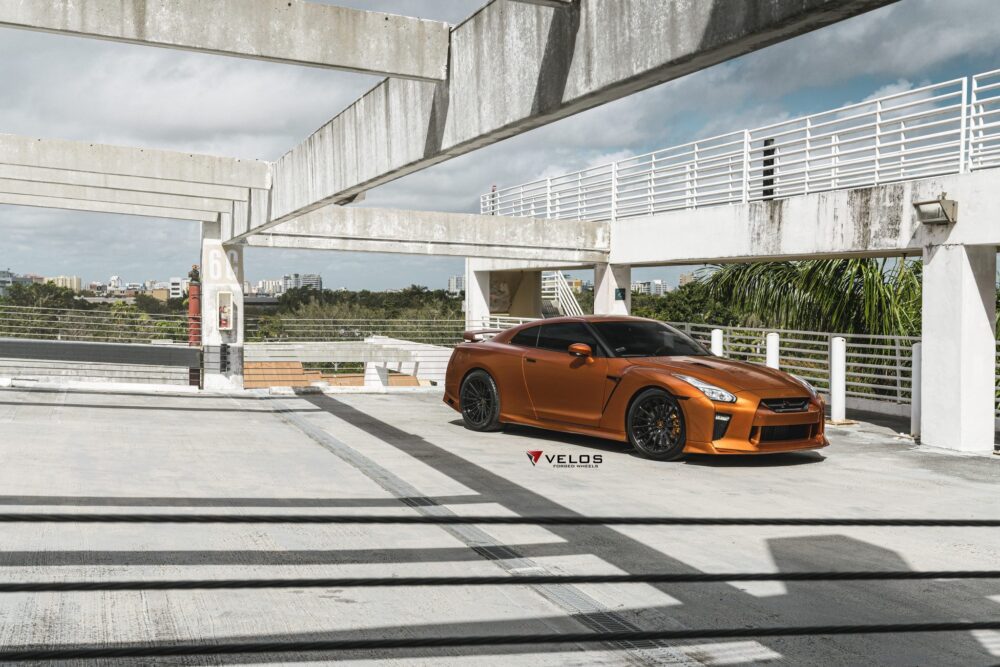 For this Nissan GTR, the owner decided to go with a rather interesting approach. Resembling items seen in the Fast & Furious movies, this GTR features a striking Metallic Orange wrap. While something that doesn’t fit well with almost any European car, the JDM culture made this into a highly acceptable item that many owners decide to give to their cars. Finally, the Nissan GTR received a set of Velos VLS03 wheels. These come sized 20×10.5 in the front and 20×12 in the rear.

Thanks to a Gloss Black finish, the wheels make for a perfect contrasting touch against the Metallic Orange wrap job. The Gloss Orange Velos logo found on the centercaps pulls off the theme perfectly.

You can grab a detailed look at this Nissan GTR build right below. 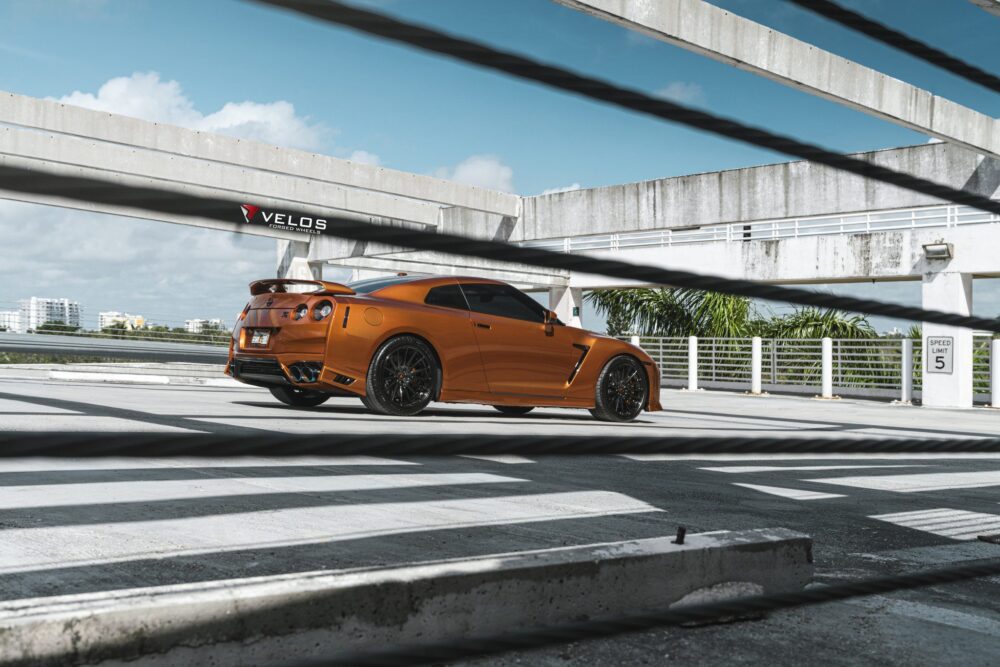